Published December 28, 2015
Welcome to the page where it explanations and provides details on how to effectively use Empty Core compartments in your base, as well as describing how such development works. I've read alot of comments here and there for those that are base builders which complain about Empty Core, and for those that don't know anything about base building saying it's just a waste of walls and it's pointless, but the fact is that Empty Core is just another technique of which it takes cutting sections and compartments away from each other to the extreme. Compartments are really hard to make unlinkable with each other now, due to the fact that a Jump spell can connect an intersection, while Quad-Quake can connect a whooping 8-tiles wide walls opening up the whole compartment.  With such development, it was a hard to stop ground troops from moving about, and moving along majority of your base if it stayed as a whole. Empty Core is a good building technique since the fact that it removes the certainty of how many compartments which group troops can take, allowing more effective use of walls, as well as the fact it creates instead of a Fork gate way which defenses can move left right and center, now they can only move Forwards or only Left/Right.

Most Basic Explanation of Empty Core

Empty Core, simple explanation is the absence of target, therefore, absence of pathing available for troops. Main theme is to severe the connect between compartments to the extreme, and the secondary fact it makes a base more highly concentrated in sections that buildings have been pushed out from. At the cost of a small amount of walls, it allows troop pathing that used to work, to no longer work.

Example of "Empty Coring" a Base

Here is for example a 8.5 base design, that I have helped someone with and publish with permission.  I have developed a small nack of trying to 'empty core' design as an experiment and for fun, although it's not a good idea to do it on all bases, this base in particular had a certain element which was similar to Monica by Dreamz, which made Empty Coring it more fun. 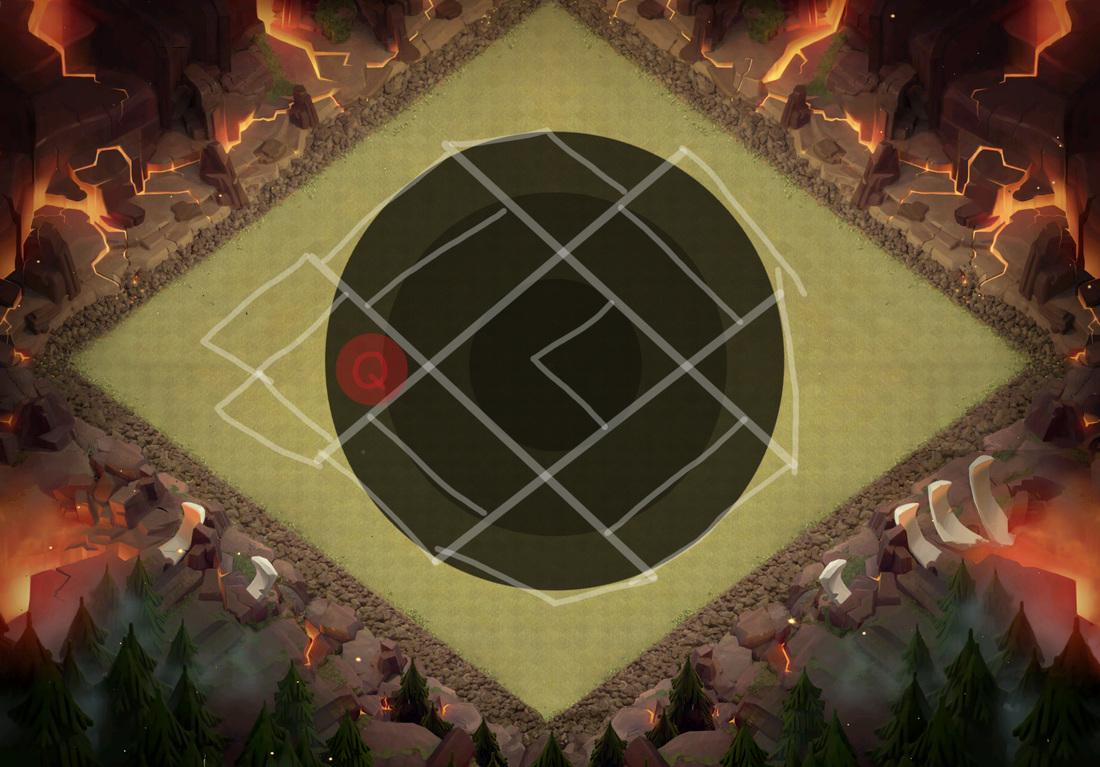 Let's look at this base for example.  Double Layered Queen on the left side, center area, and corners and sides.  Just a demo TH9 Template of a TH9 War Base.

Although this may seem silly and may seem like I'm spewing alot of stuff, it's all about finding the right balance between placement of traps, placement of buildings and coverage area. Empty core was a good invention which allowed a 'great wall' to be built to further subdivide areas of the map instead of being expandable by ground troops.  If they want to reach that back end of the base, they would need to actually go through another layer of walls which is beneficial for trapping the ground troops within.  Hopefully you've enjoy reading this.
Powered by