April 11,2015.
I removed the second scenario since I don't fill like updating this guide anymore.  There are plenty of other "how to attack" guides out there and I'm continue on with my other guides.

January 2, 2015.
Finished Part 1
Welcome to the How-To-Dragon Guide, where I’ll teach you how to dragon properly without the mindless beast scattering and getting picked off. For now I only have a guide for TH8 Dragon-ing for the time being.

HOW TO SCOUT A DRAGON-ABLE BASE - SUMMARY

So how do you scout a dragonable base? First, the normal [How to Scout a Base] (more on that later) as it doesn't apply as much for dragon bases, but bases are spread out generally aren't the base for dragons. These are the steps to follow and learn.

1. Look and see if there are any builder huts in the corners of the base.  You might think that at this day and age, corner builders don't exist but they do.  There have been countless of occasion where 99% happens due to not looking at that builders hut.
2. Locate the two Twin ADs. And the storages No matter how much a base design tries to make a triangular design, two ADs will be on the same plane.
3. Look for the third AD on the opposite side.
4. Clear the distractions, and make a funnel so that your dragons will follow.
5. Rage the Dragons into the two ADS.
6. Use a CC of Lv6 Loons to kill the remaining AD (rage may be needed).

Here are some examples for Dragonable base recorded from previous wars. 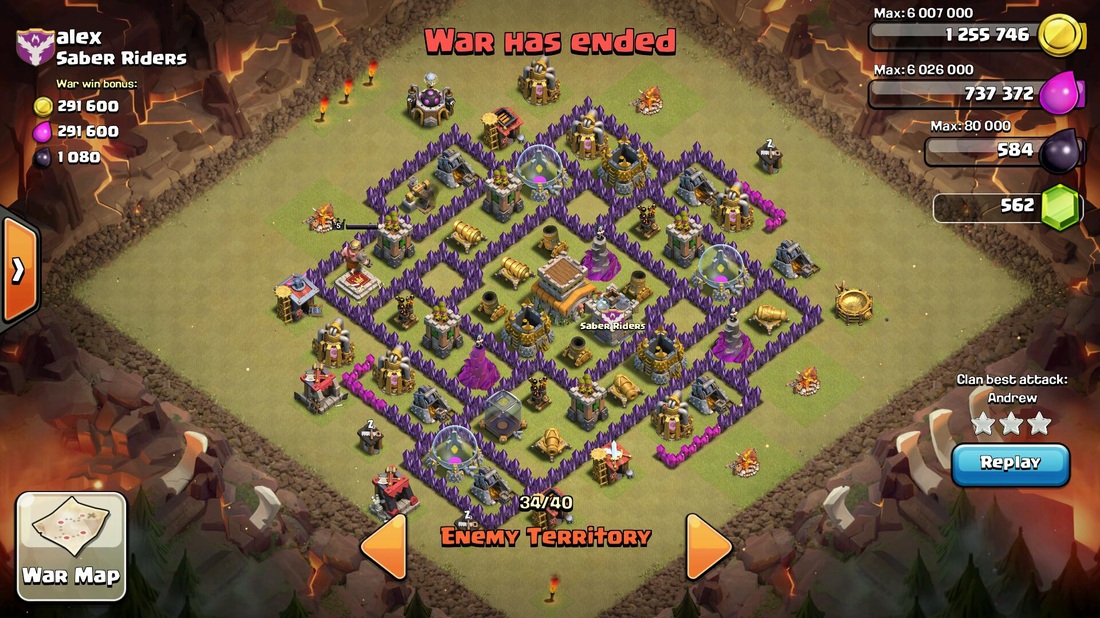 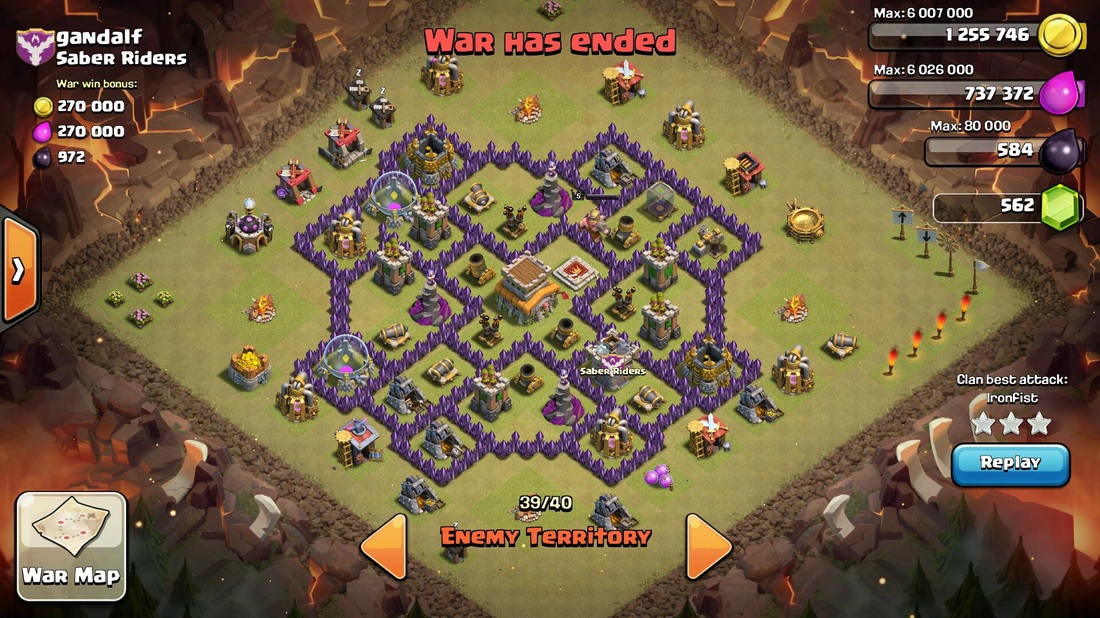 Even though most of these bases can be hog riders, let's just ignore that fact and get straight to why these bases are good to be dragon-ed.  First step is to recognize what dragons do.  They are flying units, capable to destroying everything in their path, but that being said, everything in their path is their target.  If you don't steer the dragons into where you want, you'll just have it go all over the place..

Now looking back at these bases, how would you tackle them?  First step is the Preliminary scouting, see any builders hut? No? Now next is to locate WHERE the storages are, relative to the air defense.  Storages take a long time to kill so knowing the locations of how many storages that dragons could get stuck with is a key to learning how to beat the bases.

Now where should you deploy the dragons?
Ask yourself this, what is the biggest threat to Dragons? Other than Seeking Air bombs, the answer is Air Defense.  The power of Dragons come from their ability to group together and clear everything in their way, but they have to go section by section in order to kill things in front of them.  In order to make things easier, you want them to clear the Air Defense as soon as possible.

As stated before, you want to locate the "Twin ADs" and the "Third AD."  How would you locate the Twin ADs?  First you have to know that you want to drop a line of dragons onto one side of the base.  It MUST cover two Air defenses in it's path of destruction in order for it to continue on breaking everything from the inside out. No matter how well designed a base is, since there are 3 Air Defenses, and everything is square shaped, with a square shaped Town Hall in the middle, it never will be equally spaced between the Town Hall.  The Air Defenses, will create an isosceles triangle in one direction or another.  What you want to do is to find the Two Air Defense (hence the Twin ADs) and that single Third AD that is more exposed compared to the Twins.

Looking at these Four Images, I will highlight the Location of Storages, as well as the "TWIN" ADs of the bases.

Let's start off Part 1 of this Guide, from the beginning to end with Base #1 and Base #4.  These base although might have different design, location of AD, and as well as different distance, but in terms of storages and direction of attack, these ones are more easier to tackle.

Now that you've located the direction and the place where you should start from, you should spam all your dragons there right? WRONG. If you don't clear out the side buildings, everything outside the perimeter of the Green Zone will be within target of the dragons, so you MUST take care of those.

Here is the example, and a visual why NOT to spam all your dragons.

HOW TO CUT THE DISTRACTIONS / Also known as 'funneling'

CUTTING THE DISTRACTIONS FROM BOTH BASES

Now that you've destroyed both the two ADs, you might that that you have enough forces to take care of the base.  This is not true as once they get into the Town Hall, the third AD will start to thin out the herd and your dragons will start to scatter once again, after they killed the Town Hall. To kill this remaining AD, a pack of Lv6 Loons (not lv5), is a must in order to take care of it.  In the first base, you can see that the only distraction from the loons, is that Archer Tower to the right so most likely you don't need to rage the Loons towards it.  But it's better to be safe than sorry, so raging it would be a better option.  For Base #4, you can see that there are many more defenses in the way between the back, and the Third AD. A rage is a must in order to rage that third AD.