Welcome to the page of which a concept I thought of for specific buildings that follows a pattern/characteristic placed on the 20 tiles of the map. that enables it to balance out the pros and cons of being placed at certain positions.

In short what this page explains is the base location for which each and every building can maximize their effects without their negative aspects showing. For example putting the clan castle building on the edge/ on the sides of the base instead of the center will do more harm than good.  This concepts is basically how each building's relationship with one another + the "sweet spots" which each buildings can be placed in order to give a good coverage. 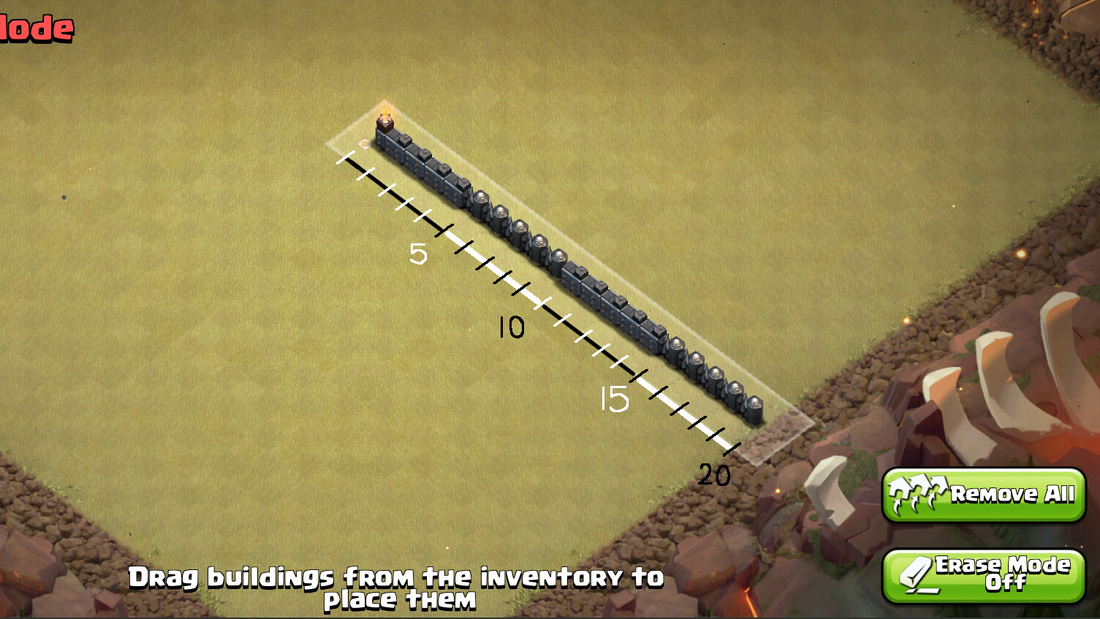 From the center to the edge of the map, there are 20 tiles, and based on how defenses are placed, most start from the center, and expand outwards to the edge. Basically what this concept shows, is that all buildings have certain locations within the 20 grid tiles which is the most beneficial and disadvantage for the base designs.  As of now, (other than troll, farming, etc)there bases are 3 main types of TH9 War bases which have their own characteristics that they follow.  If you look at a few different types of bases you would notice the reason why, for example, a base is vulnerable to Holowiwi, it's due to the fact that the Air defense is located more deeper towards the center/core than expanded outwards to protect these point defenses.


Also the fact that if you look at all bases, junk buildings take up the 15-20th tile or always situated outside the boundaries of the walls.  All the bases have their own characteristics governed by the positioning of all buildings on the 20-grid in relation to one another.  The reason why the bases designs are limitless is due to the fact that the bases follow a circular path around, using this 20 grid, where you can close of or put different buildings at different locations. Just by moving for example an Air defense back 2 spaces, could make it so that shattered 2 for 1 loon against your point defense won't work, or forward one space could make it so that the loons could target the AD next.  It's the 'sweetspots' for which bases are placed that make it worth

To explain what 20 grid concept is, I'm going to use an example of the clan castle building:
This is just a very brief example to explain why buildings have their own properties and location in relevance to the center.  Even just a brief example which I feel like everyone can agree, that Junk buildings located between 15-20

20 Grid - Where should Buildings be placed at?

Here I will explain the significance of some building located within every individual titles.  There are some 'sweet spots' which buildings placed between the location would have the best role when it comes to contributing the best advantage for the base design.

Note: There are some buildings I didn't include due to the fact that they are alittle redundant and already common knowledge (like putting junk buildings on the outside or mortars aren't that good in war).

In these pages some are short, some are long. for example, clan castle placement   but Air defense has a big impact for which region of the 20 tile it is located at. I've marked each page to show how much content each will have.
Powered by